The Gulf Coast Business Bank has taken a giant leap forward in its efforts to help build a stronger community by surpassing half of its $20.5 million fundraising with $11.5 million in 65 days.

“The enthusiasm is growing and the Gulf Coast Business Bank is well received and supported in the community,” said Bill Blevins, president and CEO of the bank. “We see momentum building for an April opening and look forward to ways to focus on the dreams and goals of our business community.”

The minimum investment in Gulf Coast Business Bank is $10,000, which was set in hopes of including business owners interested in becoming a founding investor in a locally owned and operated bank. The capital increase should be completed at the end of March.

Renovations to the Gulf Coast Business Bank branch, located at the northeast corner of Crystal Drive and Metro Parkway in Fort Myers, are progressing well. 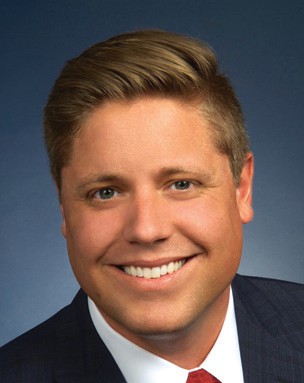 Choral Artistry is hosting a 10th anniversary celebration of its choral festival “SingOut! SWFL” on Friday and Saturday, January 28 and 29 at New Hope Presbyterian Church in Fort Myers.

All members of the community are welcome to “join the choir” without an audition. They practice a program of choirs and solos from Handel’s Beloved Messiah on Friday evening and Saturday morning, then perform a free show with Choral Artistry and its chamber orchestra on Saturday evening.

Registration and $50 per singer is required and includes Saturday lunch and snacks/water throughout. Students can participate for free but must still register. A $5 per person discount is available for groups of five or more singers who register together. 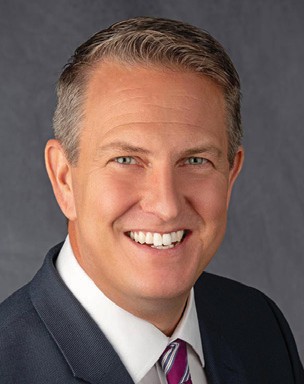 The church is at 10051 Plantation Road. To sign up for “SingOut!SWFL” or for more information, visit www.choralartistry.org or email [email protected]

• Kyle DeCicco was promoted to president of Sanibel Captiva Community Bank. A member of the bank’s senior management team since January 2020, he previously served as executive vice president. In his new position, Mr. DeCicco oversees management and operations, while continuing his responsibilities as Senior Loan Officer. He succeeds Craig Albert, who has served as President and Chief Executive Officer since the bank opened in 2003. Mr. Albert will continue as Chief Executive Officer and remain on the Board of Directors. Mr. DeCicco has over 15 years of banking experience. He joined Sanibel Captiva Community Bank in 2016 as Vice President and Head of Commercial Lending and was instrumental in securing the bank’s more than 1,100 Paycheck Protection Program loans. in Small Business Administration in 2020 and 2021. He is a graduate of the Florida Bankers Association-Florida School of Banking and holds a Bachelor of Business Administration from Florida Atlantic University. Mr. DeCicco is in his final year at the American Bankers Association Stonier Graduate School of Banking at the Wharton School at the University of Pennsylvania and will graduate in June.

His community involvement includes serving as a board member and treasurer of the Lee County Public Schools Foundation and as a member of the foundation’s grant selection committee. He also serves on the Heights Elementary Student Advisory Committee and is a member of the United Way Captain’s Level Keel Club of Lee, Hendry, Glades, and Okeechobee Counties, among other volunteer endeavours.

• Ian N. Breusch, CFA, has been appointed chief operating officer of The Sanibel Captiva Trust Company and its divisions, The Naples Trust Company and The Tampa Bay Trust Company. Mr. Breusch is responsible for overseeing the firm’s investment, trust, client services and trust departments. In his previous role as Chief Investment Officer, he led a diverse team of investment managers and analysts across the firm. He continues to manage a group of client portfolios and is a member of the firm’s Asset Management Committee. His previous career included positions with Private Capital Management in Naples and Nationwide Financial. He earned a bachelor’s degree in finance from Florida Gulf Coast University, holds the Chartered Financial Analyst designation, and is a member of the CFA Institute and the CFA Society of Naples.

• Jeffrey A. Muddell was named Chairman of the Sanibel-Captiva Operation Office of Sanibel Captiva Trust Company. He will work alongside Albert Hanser, company founder and president, as his role in the company and community grows. Mr. Muddell joined the firm’s Wealth Management Services team in the fall of 2019 and has worked closely with numerous clients, focusing much of his efforts on developing new clients as well. as well as financial planning services for many of the company’s next generation clients. His work with the trust company follows a successful career in the nonprofit management and philanthropy industry, having served as Director of the Gift Planning System for the Lee Health Foundation in Fort Myers, after 18 years in the Orlando area where he led fundraising efforts at Orlando Health. Foundation.

He received an MBA from the Warrington School of Business at the University of Florida and earned his Certified Financial Planner designation. He earned his bachelor’s degree in communications from the University of Miami. He sits on the board of directors of the Charitable Foundation of the Islands, is president of the Sanibel School Fund and is a committee member of SanCap Cares. ¦

Will Punishing the Mouse End the Florida Cronyism?